Are you from the EU regions? 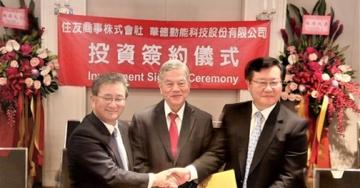 Trading house Sumitomo Corp. will spend some 500 million yen by February 2020 to acquire a 6.7 percent stake in Taiwan’s top electric bus-maker, RAC Electric Vehicles Inc.
The two will seek to capitalize on the Taiwan government’s plan to replace 15,000 conventional buses with electric vehicles by 2030 with a budget of 107.2 billion yen, the Tokyo-based company said.
RAC is the only firm to have a government license for electric buses. The deal came after cooperation with the Taiwanese firm on batteries for electric vehicles, a Sumitomo spokesman said.
Sumitomo is also involved in the electric motorcycle business in Taiwan but it is comparatively easier to enter the electric bus business, he said.
“While electric motorcycles require a wide network of charging stations, electric buses only require charging facilities at terminal stations to be operational,” he said.
He said that in the future they plan to sell electric buses outside Taiwan as well, without disclosing further details.
RAC’s buses have the advantage of efficiency, hill-climbing ability and accuracy when it comes to remote monitoring of battery levels, according to Sumitomo. They have a maximum speed of 100 kilometers per hour, compared to other electric buses, which usually have a top speed of 60 to 70 kph, the company said.
Source: The Japan Times
Rita Chen (rita.chen@taitra.org.tw)